The Apple Watch series is one of the most popular smartwatches out there, also considered by many to be the best smartwatch for iOS users. With features including calling, texting, sleep monitoring and many other health-monitering features, the Apple Watch sets the bar for wearables. However, Apple is reportedly planning to add more to the watch. A camera, to be precise.

A new patent, spotted first by iMore reveals that the company is looking for ways to put a camera in the Apple Watch. The patent was published on USPTO (United States Patent and Trademark Office) earlier and reveals what looks like a camera embedded in the rotatable crown of the Apple Watch. This position will allow users to point their hands at something they want to capture.

However, the catch is that users who prefer wearing the watch on their right hand would have the camera facing themselves most of the time. It remains to be seen how Apple tackles this should this patent translate into an actual product.

“The following disclosure relates to a watch having a camera. According to some embodiments, a watch can include a rotatable dial, such as a rotatable crown used for digital inputs. A camera can be included in the assembly to allow for images to be captured through an aperture extending through the dial. A lens can be integrated within the aperture and/or behind the aperture of the dial to focus an image of a scene,” mentioned the patent. 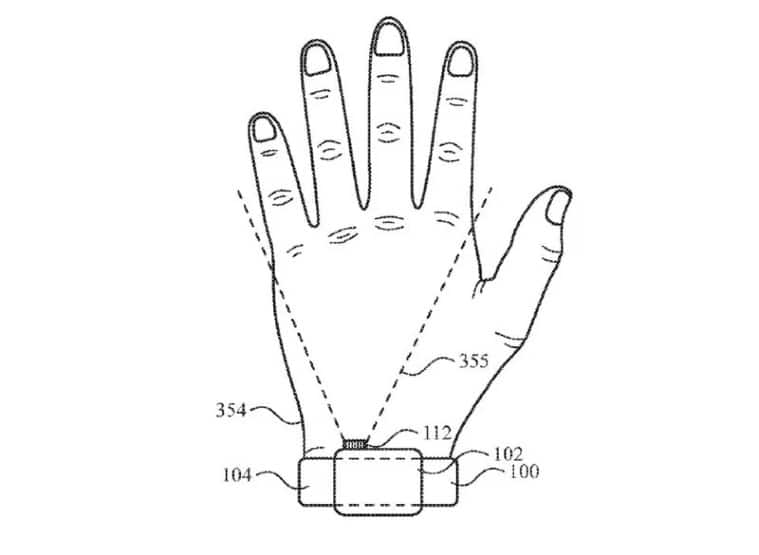 “An image sensor disposed behind the aperture can further be configured to detect the movement of a marking on the dial to allow the image sensor to function both as a camera for capturing pictures of a scene, and as a sensor that detects rotation of the dial for sensing rotational inputs. Accordingly, a camera can be integrated in a relatively compact watch housing package, and the multi-purposed functionality of the camera image sensor can avoid a need for a separate sensing component on the dial,” it added.

While a camera on your watch sounds interesting, futuristic and even reminiscent of a few gadgets from the James Bond franchise, implementing the same in an Apple Watch may be a challenge for Apple. The positioning of the camera on the watch, exposure of the lens to elements like dirt and sweat, impact on design and battery life will be some of the aspects the company will have to work on.

That said, don’t be surprised if the patent never makes it to an Apple Store shelf, as it is common for some patents to never be made into actual products. Even if Apple does put a camera on an Apple Watch, it could take a long time, so don’t expect the Apple Watch Series 8 to launch with a camera.