Vendia, a blockchain-based platform that makes it easier for businesses to share their code and data with partners across applications, platforms and clouds, today announced that it has raised a $30 million Series B round led by NewView Capital. Neotribe Ventures, Canvas Ventures, Sorenson Capital, Aspenwood Ventures and BMW iVentures also participated in this round, which brings the company’s total funding to $50 million.

The company was founded by two AWS veterans: the inventor of AWS Lambda, Tim Wagner, and the former head of blockchain at AWS, Shruthi Rao. Since launching Vendia, the company added new customers like BMW, Aerotrax and Slalom, who use it to have a single source of truth for their multi-cloud data sharing with some of their partners. As Wagner noted, the company mostly focused on the financial services, travel and hospitality verticals so far, though with the new funding, it’ll likely look to expand to new verticals as well. Wagner also noted that the company recently launched a new product line around CRM data sharing and since the company is seeing a lot of traction around its file-sharing capabilities, it is also investing in that as well.

Currently, Vendia supports AWS and the team recently launched Azure support as well. Support for the Google Cloud Platform is on the roadmap, in addition to the company’s ongoing work to allow its service to connect to an ever-growing number of services.

The fact that it uses a blockchain to do so is somewhat secondary to this (and the company barely mentions it on its homepage), but it’s what allows the company to offer an immutable serverless ledger to its users to ensure data accuracy as well as provenance and traceability. Developers, meanwhile, won’t have to think about this blockchain part of the service as they only have to provide a JSON schema with the data model and Vendia will provide them with a GraphQL API to work with this data. 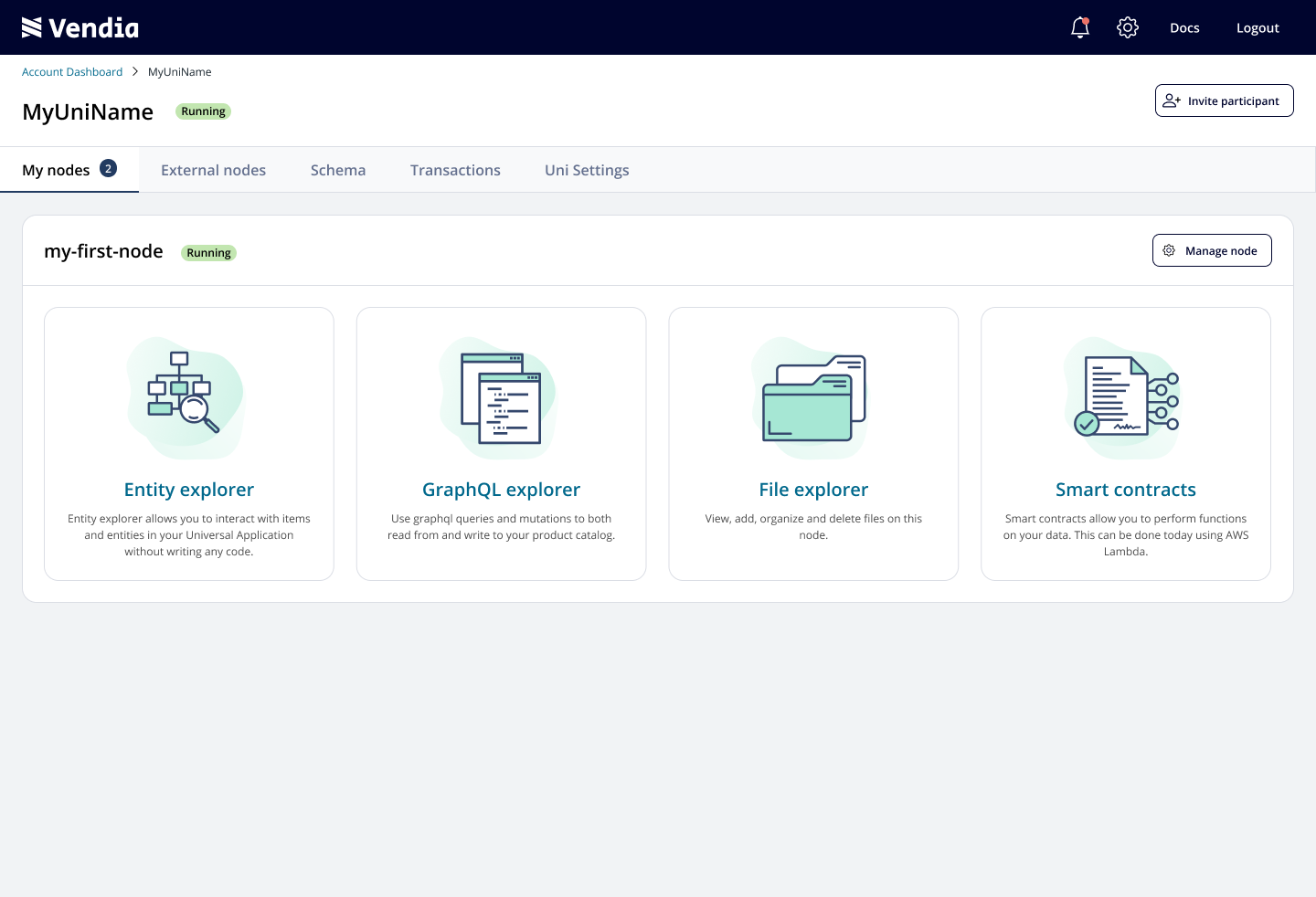 “At the end of the day, our customers have real problems,” Wagner said. “They don’t have a blockchain problem — they’re trying to sell tickets, settle financial transactions, track supply chains. They’ve got real challenges.”

Once the team starts talking to a potential customer’s IT teams, the discussion quickly focuses on blockchains, though, and as Wagner noted, that often includes teaching them about things like immutability and lineage tracing. But for Vendia, the focus is very much on selling a solution to its customers’ problems. “For most of our customers, their core problem is that they have partners and they have problems with sharing data with control, but they don’t want to invest a lot into IT and infrastructure for it,” Rao added and also noted that in today’s job market, even big companies don’t have a lot of IT people sitting around who can take on new projects like this. 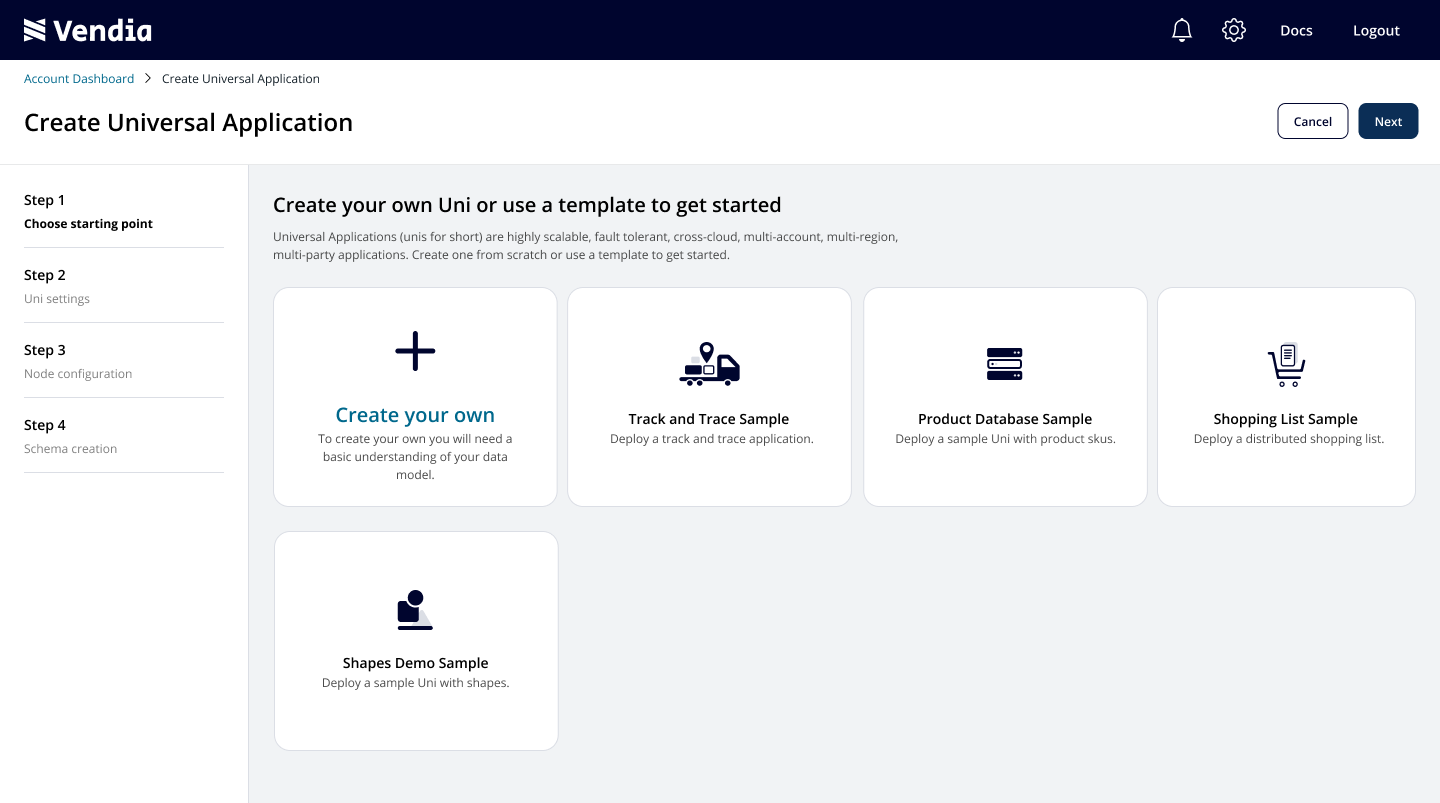 “Next-gen blockchains like Vendia represent a powerful way to solve age-old supply chain challenges,” said David Bettenhausen, CEO at Aerotrax Technologies. “When connecting partners across the aviation, aerospace and defense supply chain, trust in accurate and verifiable data is paramount. The ability to deliver this trust at scale – with top-notch security and real-time data sharing in a cost-effective way – has made Vendia a critical component within our technology stack. With Vendia, we’ve been able to reinvent our business model to accommodate a frictionless customer onboarding experience and significantly reduced sales cycles.”

The Vendia team tells me that the company currently has about 100 employees and the plan is to use the new funding to double that by the end of the year.

Why did VLC media player get banned in India?

What does Mark Wood feel about his dive off the last ball of the 2019 ODI world cup that took the match to a...

Why did VLC media player get banned in India?

What does Mark Wood feel about his dive off the last ball of the 2019 ODI world cup that took the match to a...