It was two years ago that I bought my Macintosh Plus from a scrap dealer. I found the unit in the narrow lanes of Delhi’s Jahangirpuri, complete with the keyboard and mouse. The case had a greyish-yellow tinge due to age, but the computer was in pristine condition. I booked an auto, put the computer in an oversized canvas bag, and rushed home. I didn’t even bother if the Macintosh Plus was working or dead; all I knew was I got my hands on a gem – a classic computer that made its debut shortly after the launch of the original Macintosh in 1984 — 1986, to be exact. It was a miracle that the unit was still in working condition, making it even for valuable for collectors like me.

For me, the Macintosh Plus represents an interesting time at Apple from a design, marketing and historical perspective. The Macintosh Plus was the third Mac model and the first one to be released after Steve Jobs was forced to leave the company the previous year. It was identical to the original Macintosh and Macintosh 512K in design but featured an expandable 1MB of memory and a double-sided 800K floppy drive. It was also the first Macintosh to feature a SCSI (small computer systems interface) connector, which enabled easy high-speed connection to a hard disk and other similar data-intensive devices. In one word, it was the fastest Mac of its time. It cost $2600 (around $7000 in today’s value), and one million units were sold by March 1987. Whenever I see those ‘icons’ and ‘interface’, they make me feel nostalgic.

If you didn’t know, Apple asked a young artist named Susan Kare to design the Mac icons for the original Macintosh. With no prior experience with computers or with the tech industry, her background in various art forms (Kare holds a PhD from NYU) helped her design user-friendly icons for the first Macintosh. Unlike “command line” interfaces that required knowing code seen in previous machines, Kare designed pictorial symbols that allowed non-tech savvy users to operate a computer. Who can forget “Happy Mac” greeting users with a smile as they boot up their computer screens and that Chicago font?

Enough about the history of Macintosh Plus, I will leave you a few pictures of the device I clicked on the other day. Just look at it, it’s one of the most beautiful computers ever made. The Macintosh Plus is a crown jewel in my vintage Mac collection. (Image credit: Anuj Bhatia/Indian Express) I found a Macintosh Plus in a wonderful condition for a crazy low price. (Image credit: Anuj Bhatia/Indian Express) 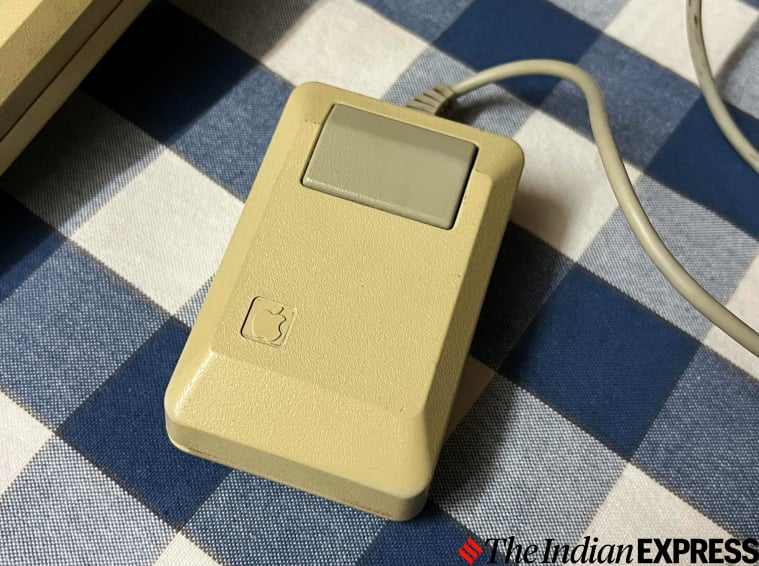 I occasionally use my Macintosh Plus for fun. (Image credit: Anuj Bhatia/Indian Express)

I am a huge Mac fan. But more than that I like to collect vintage Macs and I keep collecting them no matter how hard it is to find a model I am looking for. Given my love for classic Mac interface and icons, I wanted to give the MacBook Air M1 a vintage makeover. So, if you’ve been finding yourself dreaming to add an old-school, funky vibe to your Mac, then a retro makeover could be just what is needed.

Here are four ways to ramp up the nostalgia factor to create a retro aesthetic for your Mac that you’ll love- even if that means taking a trip back to yesteryear.

If you are anything like me, you would probably want to personalise your Mac by adding custom icons that have the old-school feel of the original Macintosh. Ben Vessey’s “Mac OS (Old School)” icon pack is a good option, to begin with. Vessey, a British designer, has adopted Susan Kare’s style and blended it with his own flavour without killing the authenticity. The OS (Old School) project is a set of 166 retro icons as well as five dynamic wallpapers. Both dark and light themes are available. Each icon in the set has been crafted keeping the retro look of a classic Macintosh. Vassey’s ‘84-style Macintosh custom icons are impressive but you have to shell out £6.99 or Rs 685 for them. Not exactly cheap for retro-looking Mac icons but I encourage you to try the free sample pack with 10 icons before you purchase the entire pack. You can also search sites like theneonproject to find classic, retro-looking Mac icons. 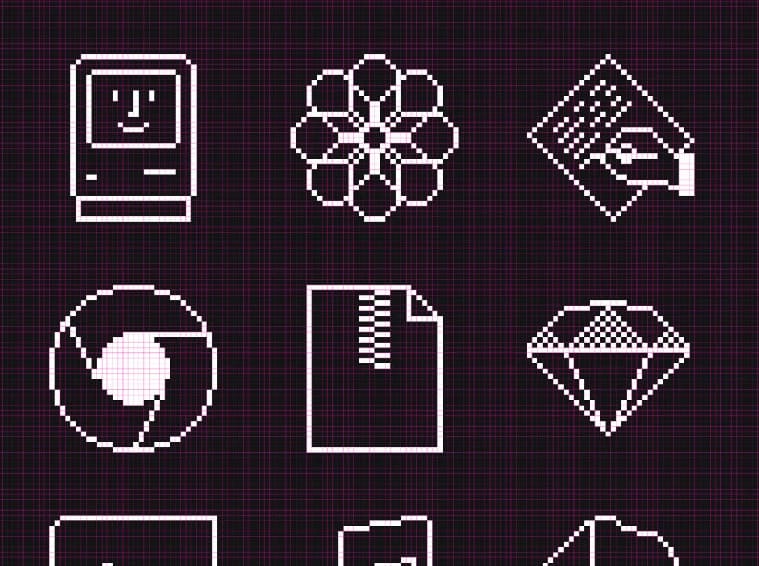 A retro-inspired wallpaper is another way to add vintage flair to your Mac’s screen. If you haven’t familiarised yourself with vintage wallpapers, I suggest you get searching on Unsplash. I personally liked classic wallpapers featuring a rainbow-coloured Apple logo. Retro-inspired wallpapers make a huge difference in the way your Mac looks. Another recommendation is to check out 512 Pixels and look for wallpaper from one of the past versions of macOS. There is no better way to accessorise your Mac than a retro Apple logo sticker. Designed by graphic designer Rob Janoff, the classic bitten Apple logo was introduced alongside the Cupertino company’s first personal computer, the Apple II. It was designed to look user-friendly and appeal to school children. In a way, the rainbow design was also chosen to emphasise the Apple II’s colour display. This version of the Apple logo was the symbol of the company from 1997 to 1998. The famous Apple rainbow logo sticker for the Mac can be easily found online. I recently started looking into Etsy and found retro Apple logo stickers and cases for my MacBook Air. 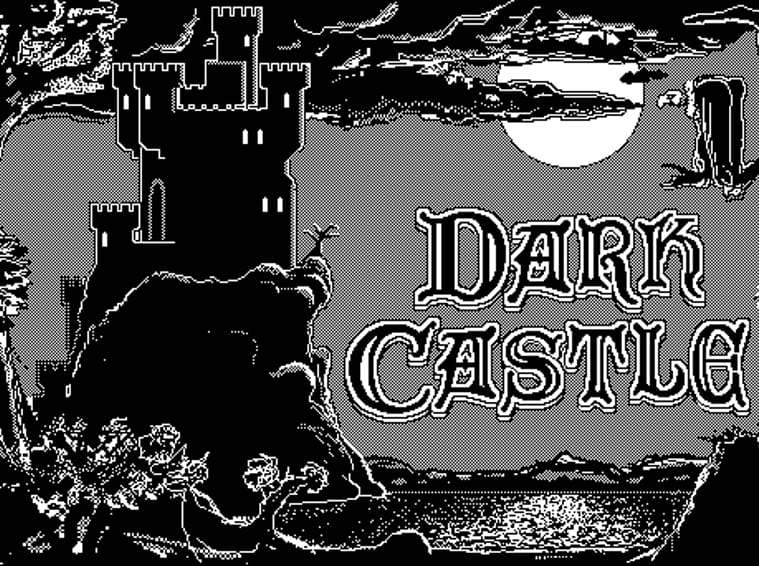 Dark Castle is a 1986 game for the Macintosh published by Silicon Beach software. (Image credit: The Internet Archive)

Every weekend, I sit and find classic games that I can enjoy and play on my vintage Macs. It has become a ritual and despite limited time on hand, I make sure I spend some time playing retro games that I could not play when I was growing up. I am aware not everyone has a vintage Mac at home. So, the best option to play classic Mac games on a modern Mac – without running a local Emulator or the required technical skills – is to try out The Internet Archive’s in-browser emulator that allows anyone to play games and access programmes originally released for the original Macintosh all in black-and-white, low-resolution. The collection consists of early Mac classics, including Dark Castle, Frogger, Airborne, and Prince of Persia, among non-gaming programmes like MacPaint and MS Office. This is a great initiative to preserve the retro gaming culture and keep the older games available to new users. Right now, the industry is grappling to preserve its past, as older games and software programmes routinely become unavailable.