Even as India is increasingly adding generation capacity from solar power, setting examples for many other developing nations, there’s a large population of the South Asian nation that is yet to join the clean energy bandwagon: Indian households.

Less than a percent of Indian homes has rooftop solar systems. Such slower adoption could dampen Prime Minister Narendra Modi’s ambitious renewables goal. SolarSquare, a startup that is racing to sell, install and help individuals finance solar modules, wants to change that.

On Friday, a number of investors announced they are backing SolarSquare’s dreams. SolarSquare has raised $4 million in a round led by Good Capital. Chris Sacca’s Lowercarbon Capital also invested in the firm, its maiden backing in India.

“The history of power and energy has been that it is produced in highly polluted coal plants, somewhere hundreds of kilometers away from your home and there from the distribution grid it comes to your house. It is polluting, it is expensive and lots of energy gets lost in the transmission,” said Shreya Mishra, co-founder and chief executive of SolarSquare, in an interview with TechCrunch.

“The future is distributed power, where every home has its own solar panel. It’s way cheaper than buying electricity from the grid, and it’s clean,” she said.

SolarSquare, which pivoted to serving the customer segment a year and a half ago after running a profitable business selling rooftop solar to corporates for years, has sold solar systems to over 3,000 homes and apartments in the South Asian market.

“Our average home is saving up to $650 in electricity bill each year,” she said. SolarSquare’s systems and set up cost about $1,500 and has a life span of 25 years. The equation is simple, said Mishra, who previously ran an e-commerce business. “You get free electricity for 21 years.” 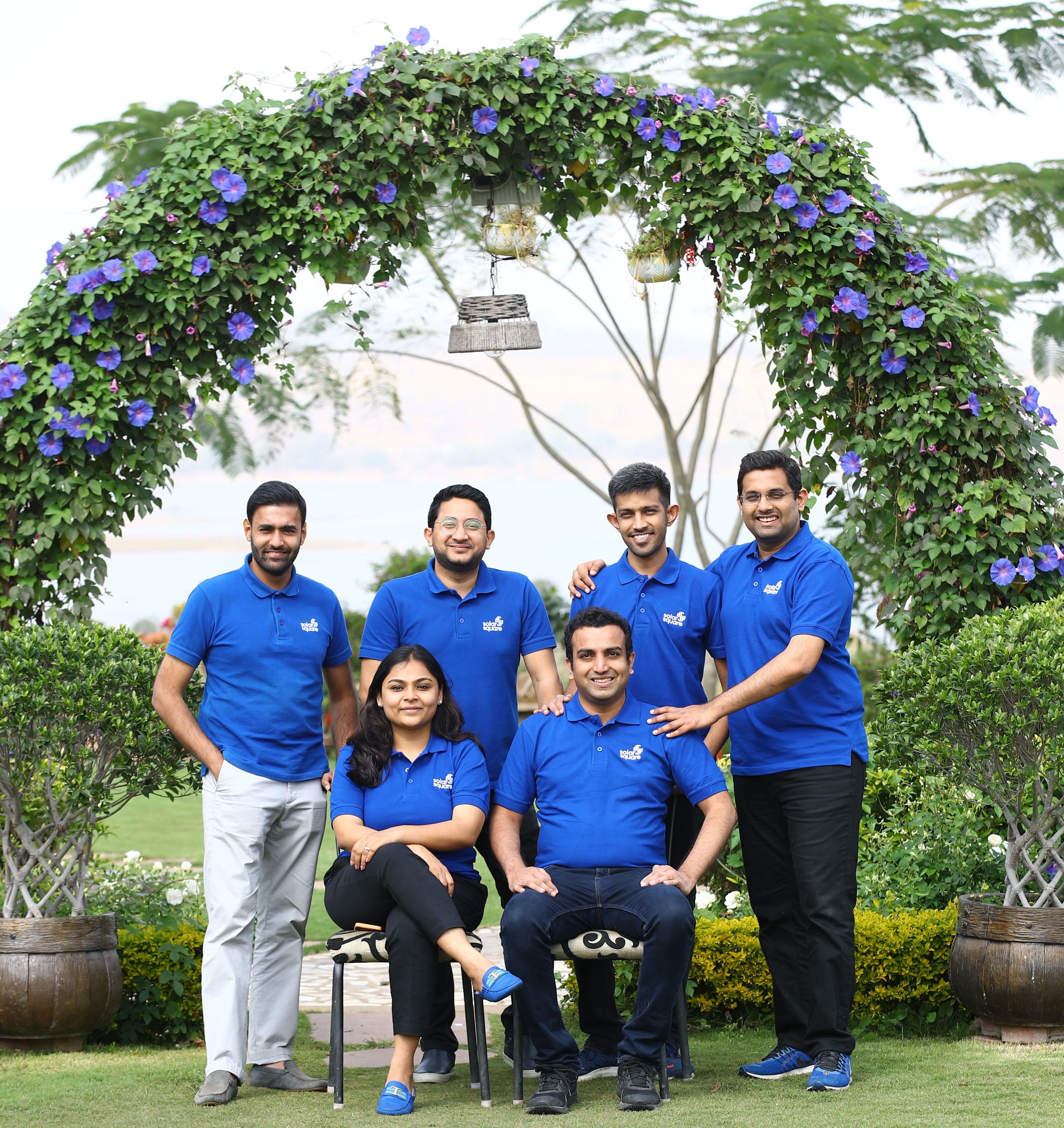 Founders and executives at SolarSquare

SolarSquare – which currently has presence in Delhi-NCR, Maharashtra, Bengaluru, Telangana and Madhya Pradesh – installs its solar panels within 8 hours, compared to some legacy firms that take up to five days. In some homes, based on customers’ request, it builds an additional ramp for mounting panels.

“Climate change issues are real and pressing. As a firm we are committed to partner with the best in class entrepreneurs who are addressing the challenges in this market. We’re thrilled to partner with Shreya, Neeraj and Nikhil as they set out to build the leading residential solar brand in India,” said Rohan Malhotra, Managing Partner at Good Capital, in a statement.

Indian firms making inroads with Indian residences will help the South Asian nation’s renewables goal. Coal currently powers 70% of India’s electricity generation, but Modi has pledged that India will produce more energy through solar and other renewables than its entire grid now by 2030.

It has taken steps to help startups such as SolarSquare. New Delhi offers subsidies to homeowners who are powered by rooftop solar, allowing them to distribute the excess power they generate to grids throughout the day and use the grid power at night.

The startup plans to deploy the fresh funds to expand its presence in India, and also build a technology stack for consumers to help them track their solar performance in real-time.

Mishra is confident that India will witness a similar kind of adoption in rooftop systems as it did with smartphones and mobile internet.

“India is already the third largest consumer of electricity in the world, and they’ll add Europe-sized capacity in the next twenty years just to keep up with demand. Solar Square will help power that growth with its one-day rooftop solar installations, that is already making energy cheaper and more reliable for thousands of Indian homes,” said Clay Dumas, General Partner at Lowercarbon, in a statement.