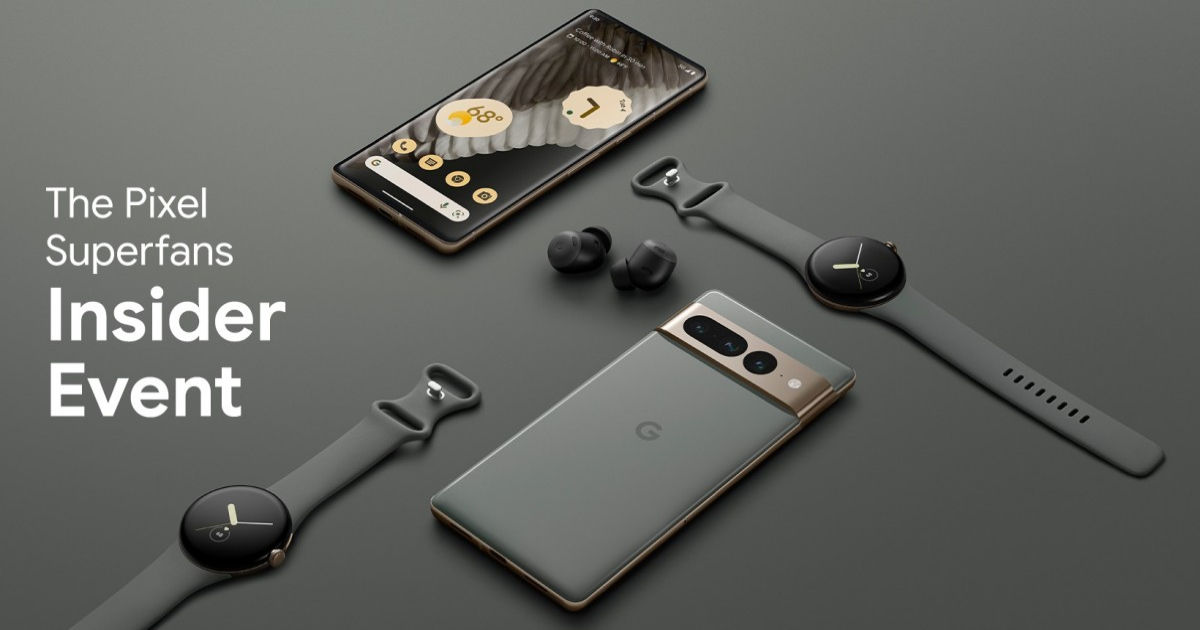 The Google Pixel 7 and Google Pixel 7 Pro will be unveiled by Google at a special hardware event on October 6th. The company had already confirmed the design of the phone and mentioned they would come with the 2nd gen Tensor chipset. Moreover, a Flipkart teaser has confirmed the Pixel 7 series India launch. Today, the Pixel 7 series prices have been leaked and suggest that they would be priced similarly to the predecessors from last year.

Separately, we also get to see the front design of the Pixel 7 Pro, thanks to the Google-posted render image that surfaced on Facebook. It appears that the curved edges are toned down significantly compared to the Pixel 6 Pro.

Google Pixel 7 Pro front design has been revealed through a Google-posted render image. The phone has a centre-positioned punch-hole cutout for the selfie snapper, symmetrical bezels across all corners, and slightly curved edges for better grip. The back panel has the usual horizontal stripe that houses triple cameras and an LED flash. The camera module has a protrusion above the flat back panel. The phone can be seen in Hazel colour, but there will be other options at launch.

Furthermore, the image also shows two Pixel Watches and Pixel Buds Pro. The Pixel 7 Pro’s back panel in Hazel colourway can also be seen in the image. Since the image is posted in a closed Facebook group, it isn’t available for public viewing.

Google Pixel 7 and Pixel 7 Pro launch date, price in India, specifications, and everything we know so far

Mysterious high-end Google Pixel phone tipped to be in the works, might launch after Pixel 7 series

[Exclusive] Google Pixel tablet could feature a 11-inch display, up to 256GB storage

Separately, the Google Pixel 7 and 7 Pro alleged prices have been leaked online ahead of launch, courtesy of Artem Russakovskii citing current data in Target’s (leading retail chain in the US) systems. This suggests the Pixel 7 series will cost as much as the Pixel 6 lineup when it launched. This means the Pixel 7 will be priced at $599 (around Rs 48,500), while the bigger version should retail at $899 (around Rs 72,000). The former will come in Snow, Obsidian, and Lemongrass colours. While the latter will come in Obsidian, Hazel, and Snow colours.

Furthermore, the leak tells us the pre-order date for both phones is listed as October 6th, probably shortly after the launch. The sale date is apparently listed as October 13th at the moment. Customers pre-ordering the Pixel 7 at Target will get a $100 gift card, while the Pixel 7 Pro customers get a $200 gift voucher.

The Google Pixel 7 and Pixel 7 Pro are confirmed to launch in India as well.

JioPhone 5G leaks surface: Here’s what we know so far

JioPhone 5G leaks surface: Here’s what we know so far