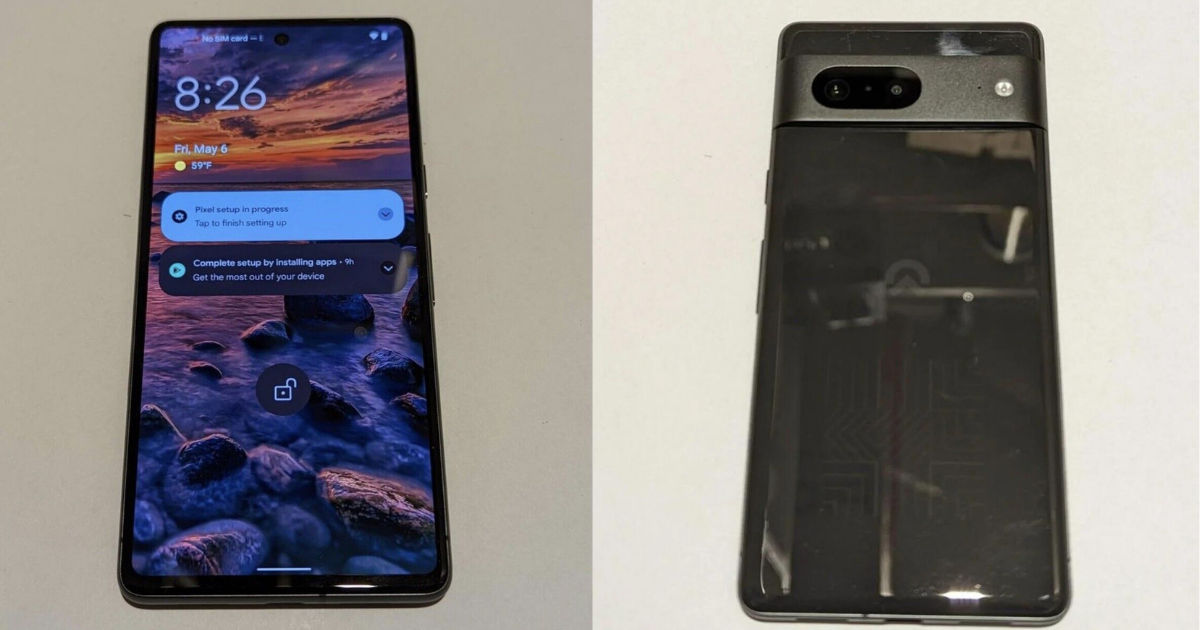 An alleged Google Pixel 7 prototype was listed on eBay for sale, four months before the phone officially launches in October. The seller even claimed he used a Pixel 7 Pro to shoot pictures of the Pixel 7 for listing, which is also scheduled to launch later this year. Google showcased its Google Pixel 7 and 7 Pro at the Google I/O event alongside a Google Pixel Watch. The Google Pixel 7 128GB – Stormy Black colour option listing images of the Google Pixel 7 lineup perfectly with the design we saw at the event. Let’s take have a look.

The eBay listing of the Google Pixel 7 reveals the front and back of the Pixel 7 and the storage details. Keep this in mind that the listing is of a prototype, which explains the odd logo. Google tests Pixel prototypes with a non-standard logo, as seen with the Pixel 3XL.

The device has a punch-hole cutout in the centre of the display and a USB Type-C port at the bottom alongside the speaker grilles. We can see the Camera vision housing a dual camera setup tucked in an oval cutout paired with an LED flash at the back. We can see the SIM slot on the left and the volume rocker and power button on the right side. 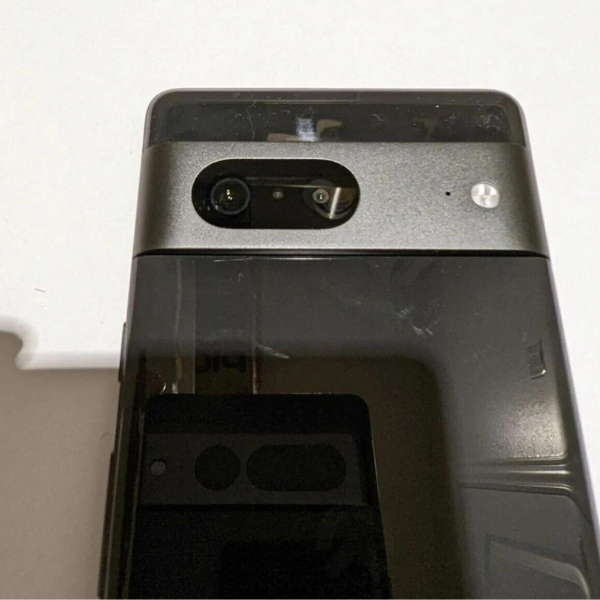 Mysterious high-end Google Pixel phone tipped to be in the works, might launch after Pixel 7 series

Word is on the street that Google is also working on a mysterious high-end Google Pixel 7 device. We’re still months away from the Google Pixel 7-series launch, and the devices are constantly making headlines with leaks revealing bits of what to expect from them. We will have to wait for the company to confirm the details to know for sure what the Pixel 7 series has in store for us.

The post Google Pixel 7 spotted on sale on eBay 4 months before launch first appeared on 91mobiles.com.