At one juncture of South Africa’s chase, Rishabh Pant was heard yelling playfully at Avesh Khan: “Isko strike par rakh, Miller ko mat dena (keep him on strike, not Miller).” The Indian ’keeper-captain was referring to Rassie van der Dussen, who at that precise moment was in the middle of an ordeal, frozen like a man who had stepped onto Alaska in beachwear.

His timing was awry, the placement off-kilter, and as the required run rate got steeper, Pant’s playful instruction to Khan rang true. At the other end, though, there was Miller, in crushing touch.

Van der Dussen had just crawled to 29 off 30; a rate that even in the 50-over game is considered unsatisfactory. But Pant’s quip/banter/genuine tactic didn’t age well; in the next 15 balls, he plundered 45 runs. As if, in the twitch of a second, he transformed from an Everyman to a Superman, though sweating incessantly in the Kotla heat, each stroke leaving its strain on his face and limbs.

No stroke of his stood out, no frame of his celebration would endure, and as the memory of the game wears on, he would be relegated into the role of an accomplice of Miller on a scorching Delhi summer night.

Yet, the name van der Dussen strikes no fear in the mind of bowlers or captains, or awe in the eyes of spectators or commentators. To the extent that when he often introduces himself back home, he’s promptly asked if he indeed was the former Springbok rugby coach and player Rassie Erasmus.

But he relishes the absence of fanfare. In his teenage years, he was supposed to be the least talented of the four brothers of the Dussen household in Pretoria. His brother Adrian was the boy with the blue chip but ended up as a journalist before switching to digital marketing. The two other brothers could not progress beyond club level.

“I wasn’t one of the players that were earmarked to necessarily go on and play high-level cricket,” van der Dussen once told The Cricketer. “But through a little bit of perseverance and a bit of hard work, I eventually got some opportunities.”

But in backyard games, he was the most obdurate of all four to dislodge. The deal among the brothers was that those who got out early were assigned household chores. “I don’t think Rassie once made coffee for us because he would just bat forever,” brother Nico told The Stumped. Their usual ground was the grassy strip of a dysfunctional tennis court. The vacations were spent on farms, where they played cricket all day with bamboo sticks. 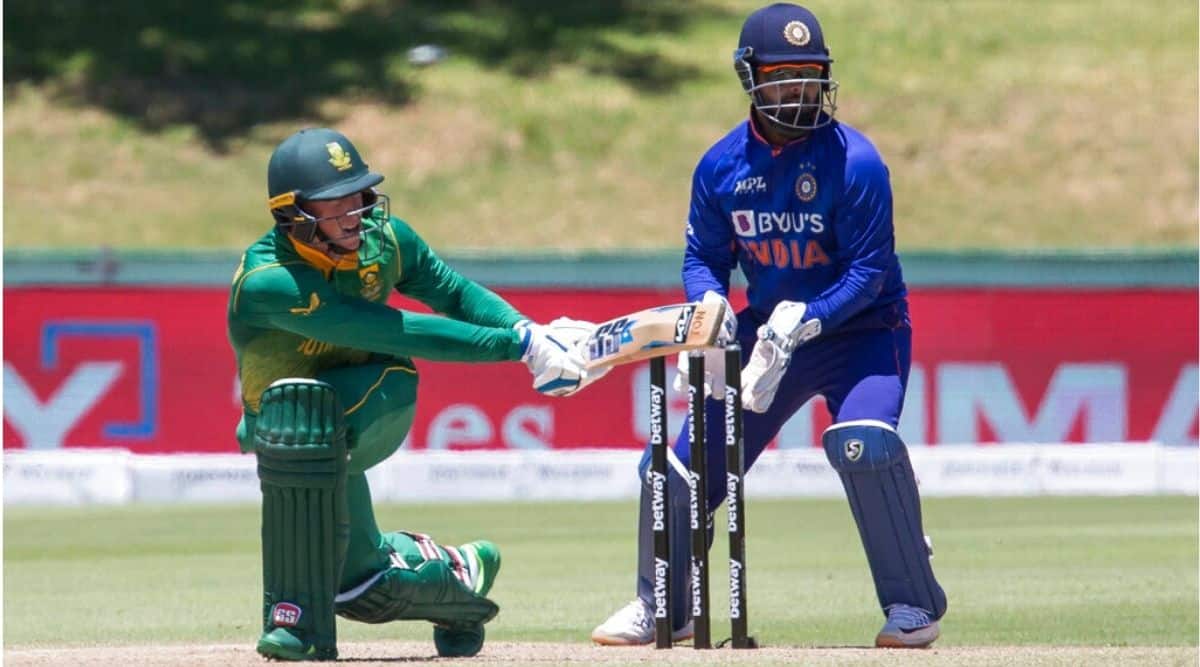 Only van der Dussen was serious about professional cricket. So after matriculation, which he finished a year earlier, he told his father that he wanted to do a post-matriculation, so that he could get some proper cricket coaching. He joined Affies, the alma mater of Faf du Plessis and AB de Villiers, among others, even though he had to take classes.

There, Affies coach Deon Cotes told him that his game was not polished enough to play at a professional level. “But he took the advice in the right direction and worked really hard to reach a higher level,” the coach had once told this paper.

Then on, he began to train like a maniac. “I tried to live my life in a way that I thought could improve me in terms of my training, in terms of my diet, and all the aspects that went into it. I started reading up on previous players and how they dealt with being professional sportspeople and tried to learn lessons that way. I sort of tried to work it out for myself as I went on,” he told The Stumped in an interview.

To improve his concentration, he strung an obstacle path around his house and tried to trace that path balancing three balls, looking not to drop the ball as long as he could.

An incredible unbeaten 131-run partnership between David Miller (64*) and Rassie van der Dussen (75*) saw the #Proteas break the record books in Delhi to go 1-0 up in the 5-match T20I series#INDvSA #BePartOfIt pic.twitter.com/iYnibtADS1

Van der Dussen kept racking up runs in the school circuit and caught the attention of the Titans, his home team. But a profusion of talented top-order batsmen meant they refused a contract and he switched to North West. From there, he was snapped up by Lions. A life-changing moment, as he met coach Geoff Toyana, who repurposed him from an opener to a middle-order batsman.

Of all the attributes, Toyana was most impressed with van der Dussen’s calmness in dealing with setbacks. “His mental strength is one of his best attributes. When he got runs a couple of years ago, the national selectors ignored him, but he kept working hard because he knew his opportunity would come.

“It’s all about what he does behind the scenes. He hits a lot of balls, understands his strengths and weaknesses, and works on those weaknesses. His hunger and work ethic are incredible,” Toyana told The City Press.

During the years of snub, he packed off to distant shores to experience different cultures and get exposure to different conditions. This wanderlust took him to Canada and the Netherlands, apart from the Caribbean and the UK.

“He does all these without any complaints or fuss. Someone else could have quit, but he is a fighter,” Cotes told this paper after his unbeaten 41 in the series-winning chase in the Cape Town Test against India at the start of this year.

The fighting spirit has embodied most of his outings, not least during the Kotla heist (link: https://indianexpress.com/article/sports/cricket/south-africa-pull-off-a-heist-at-the-kotla-in-the-first-t20-versus-india-7961405/) on Thursday. In that sense, van der Dussen symbolises the spirit of Temba Bavuma’s team. His is a team without superstar batsmen, no one with the towering persona of de Villiers or du Plessis, or Graeme Smith or Dale Steyn.

This is a South Africa team sans the machismo that has been the tragic flaw of more gifted Proteas sides, according to coach Paddy Upton. “I think machoness is a problem in non-Asian countries. Trying to pretend you are too tough. I do think that South Africans generally tend to act more macho than what they actually are and that bites them in pressure moments. As opposed to being real, authentic and having the correct level of acceptance of vulnerability.”

Clean striking, calculated batting. This is a phenomenal partnership between @DavidMillerSA12 and @Rassie72. What stood out was their composure throughout despite high req rate. Well played @OfficialCSA 👏🏽 #INDvsSA

It’s a bunch that has waddled through failures and copped criticism. Quinton de Kock, whatever he does, feels he is grossly underappreciated as well as misunderstood. Aiden Markram was once considered a T20 misfit; Miller, out of depression, had once thought of quitting the game (link: https://indianexpress.com/article/sports/cricket/devotion-and-courage-david-millers-rise-from-talented-teen-to-international-match-winner-7956113/); Bavuma has eternally worn the flattered-to-deceive millstone around his neck.

But this band of the snubbed and rejected can win matches and have a knack of throwing up unseemly matchwinners. Like van der Dussen — in many ways the pin-up hero of this South African side. Under-rated and unassuming, until he starts to sting.