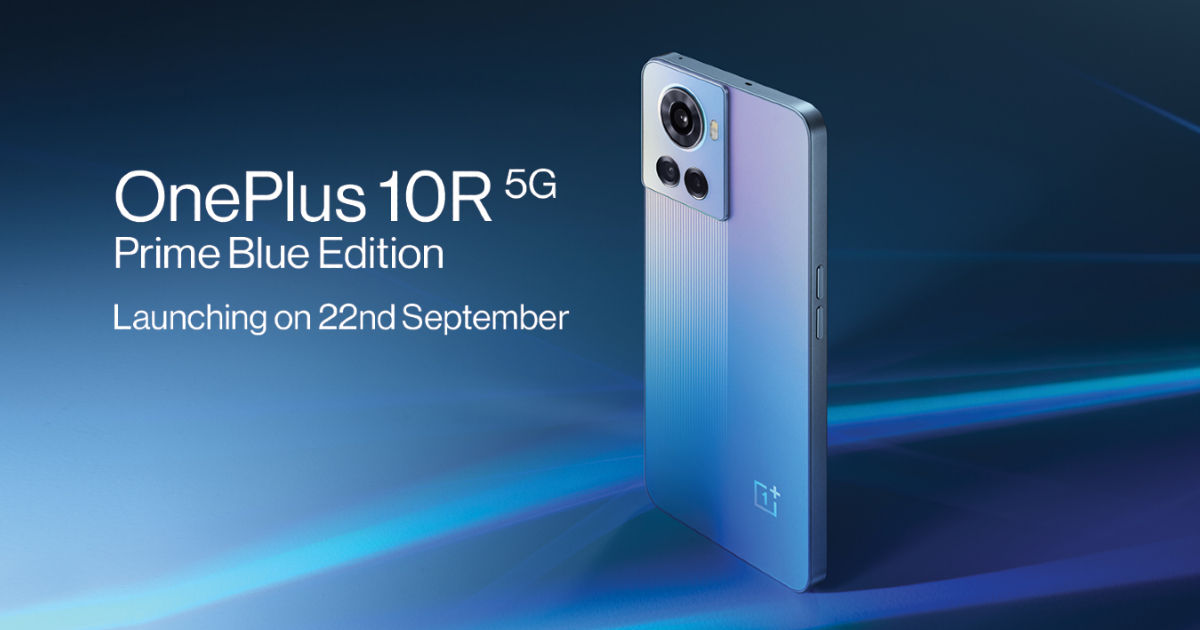 OnePlus has launched the OnePlus 10R Prime Blue Edition in India ahead of the Indian festive season. The company, which has been teasing the colour variant for some time, has finally announced the sticker prices on the device, which will join the rest of the lineup, which gets shades of Sierra Black and Forest Green. OnePlus states that the new colour shade commemorates its long-standing partnership with Amazon.

We at 91mobiles exclusively covered the leaks on the upcoming OnePlus 11 Pro flagship smartphone. And with the oncoming of the festive season, we have also compiled the top deals on OnePlus smartphones.

OnePlus has launched a new colour edition of its OnePlus 10R device, which is called the Prime Blue Edition and will command a price tag of Rs 32,999 for the 8GB + 128GB variant. It’s already available for purchase on Amazon India’s e-commerce platform. The device can also be had for Rs 29,499 after bank offers and Amazon Pay offers. An exchange benefit of Rs 3,000 is also being extended, and customers can also avail of a No-Cost EMI option for 9 months. Amazon customers will also be rewarded with an Amazon Prime Video subscription for 3 months.

The new colour shade imparts freshness to the design and is also the only option with a gradient finish. The colour shade gets a violet tinge at the top other than the light blue shade overall.

The 10R gets a 6.7-inch FHD+ AMOLED screen with a 120Hz refresh rate. The device gets the Dimensity 8100 SoC from MediaTek under the hood and is coupled with up to 12GB of RAM, and there is up to 256GB of storage onboard. At the back, the camera duties are handled by a triple camera setup and consist of a 50MP Sony IMX766 sensor, OIS, an 8MP ultra-wide camera, and a 2MP macro camera. Upfront, there is a 16MP camera that takes care of the selfie duties.

The device gets a 5,000mAh battery and supports 80W SUPERVOOC fast charging that takes the battery from 0 to 100 percent in just 32 minutes.