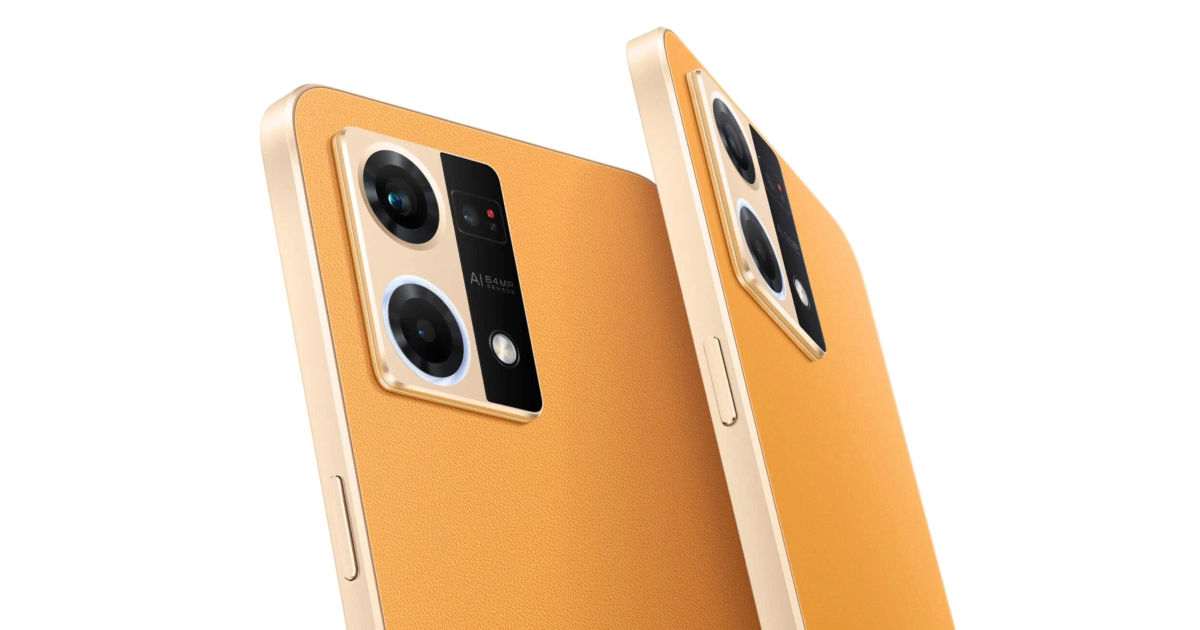 OPPO’s F series has been one of the best sellers for the company in India, mostly through the offline market. After the OPPO F19, the company is gearing up to launch the OPPO F21 Pro series in the country. OPPO has set April 12th as the launch date for the OPPO F21 Pro series and it has also teased the design of the phone. Like with most phones these days, the OPPO F21 Pro has a boxy design with flat edges. The teaser image shows the phone in orange colour and claims it has the industry-first Fiberglass leather back panel. This should apparently make the phone thinner and lighter, yet more durable. 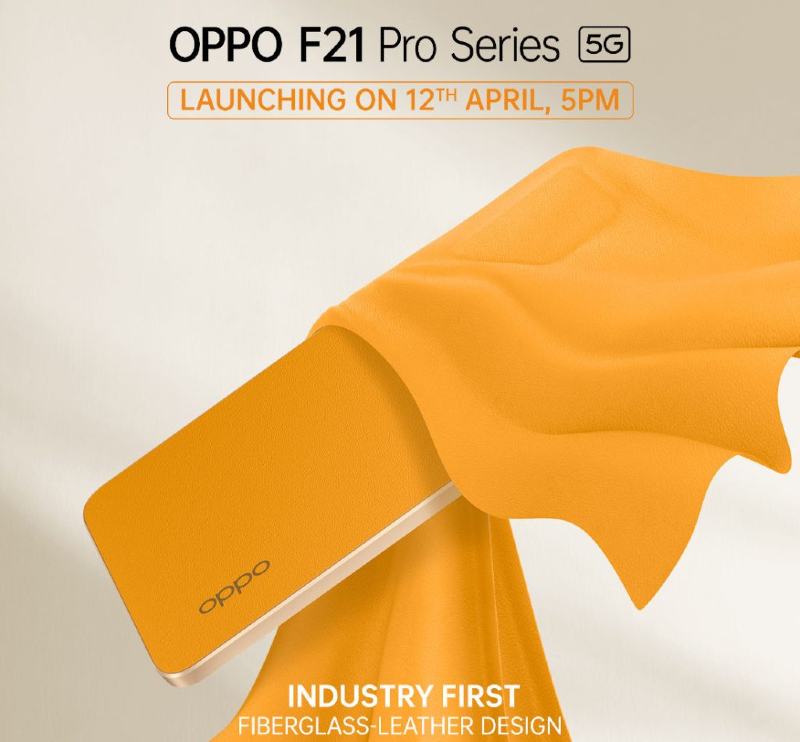 OPPO says it took two years for its engineers to refine the lychee grain leather for the base material due to its “plush” feel. The leather material is apparently waterproof and is resistant to wear and tear. The company has apparently made multiple tests such as rubbing the material with an alcohol-soaked pad, eraser, and a denim swatch over 5,000, 10,000, and 200,000 times respectively. This was done to check the quality and how far it can retain the colour.

Besides the Orange colour, the OPPO F21 Pro will also come in Cosmic Black, which uses OPPO glow technology. This makes the back panel look glossy with a matte feel in hand. It will also be available in Rainbow Spectrum colour, which uses a ‘three-layer texture and a two-layer coating’ manufacturing process. 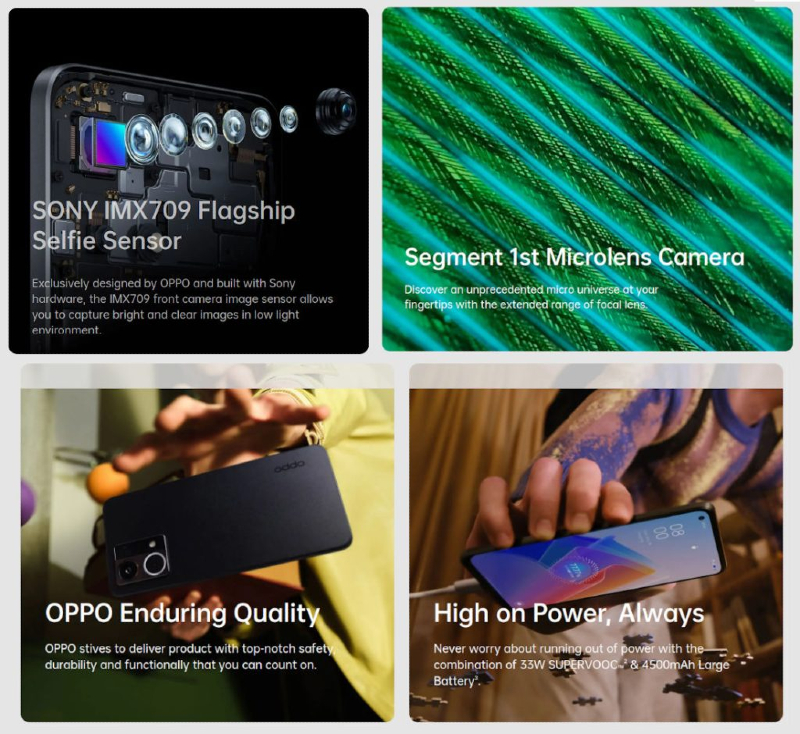 The teaser image confirms the OPPO F21 Pro will have triple cameras on the back, with two large-sized cutouts and a regular one. There’s 64MP text engraved on the camera module alongside an LED flash. The power button, which probably could double up as a fingerprint sensor is present on the right spine.

Another alleged poster image reveals some key specifications of the phone, such as the 32MP Sony IMX709 selfie snapper on the front. This is the same sensor used on the OPPO Reno 7 Pro. Furthermore, it is said to come with a Microlens camera, which is a first in the segment and will pack a 4500mAh battery with support for 33W SuperVOOC fast charging. That’s pretty much everything about the OPPO F21 Pro but we should come across more teasers leading up to the launch. The handset will be on sale via Amazon when launched.

Back in February, an alleged live image of the OPPO F21 Pro+ has surfaced online. It has triple cameras, an LED flash on the back. The phone can be seen in a Black colour option. The bottom edge houses the USB Type-C port, microphones, and a speaker grille. The design appeared to be slightly similar to the OPPO A96 5G that debuted in China.