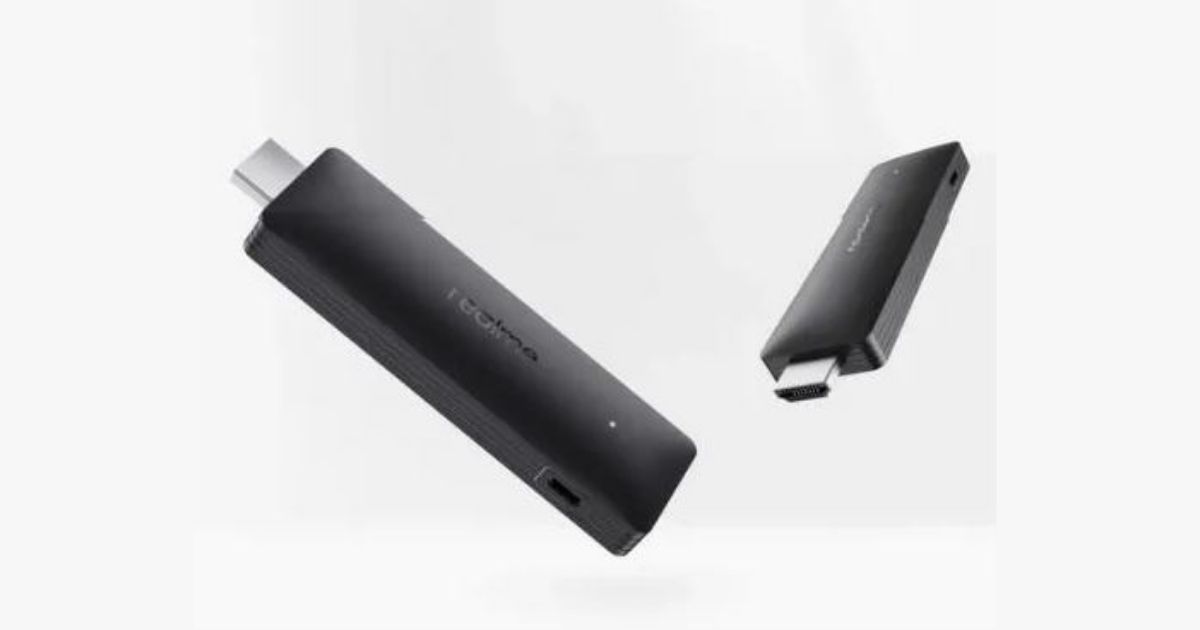 Realme will be launching a new smart TV stick in India alongside the Realme GT 2 Pro, whose unveiling is scheduled for April 7th. The upcoming smart TV stick will be a cheaper offering compared to the Realme 4K Smart TV stick that’s already available in India and costs Rs 3,999. A Flipkart listing for the new streaming device has also revealed its specifications and features. The Realme Smart TV stick will offer HDR10+ support, support FHD resolution with 60fps streaming, and run Android 11 TV OS. It’ll compete against the cheaper Mi TV Stick and Amazon Fire TV stick, which also offer similar features. As the new Realme Smart TV stick is a lower spec’ced offering compared to the already available 4K variant, we can expect it to be priced around Rs 2,999 or below. Realme could also offer the stick at a discounted price as part of an introductory offer. The smart TV stick should be available online via Realme’s official store as well as Flipkart.

The Realme Smart TV stick will turn your normal TV into a smart TV by offering Google apps, Google Assistant, and internet connectivity. It’ll plug into the HDMI 2.0 slot on your TV and will be powered by an adapter. The specifications and features of the upcoming Realme Smart TV stick were revealed on Flipkart ahead of the launch.

It’ll offer Full HD resolution, 60 fps streaming, and HDR10+ support. The stick will use HDMI 2.0 standard for a fast and stable connection with the TV. It is powered by a quad-core ARM chipset, which is coupled with 1GB RAM and 8GB internal storage. The 4K variant of this stick had 2GB RAM but offers similar storage. The cheaper smart TV stick will run the new Android 11 TV platform. This should offer an improved user experience as well as better features. Obviously, you will also have access to Google Play Store to download apps.