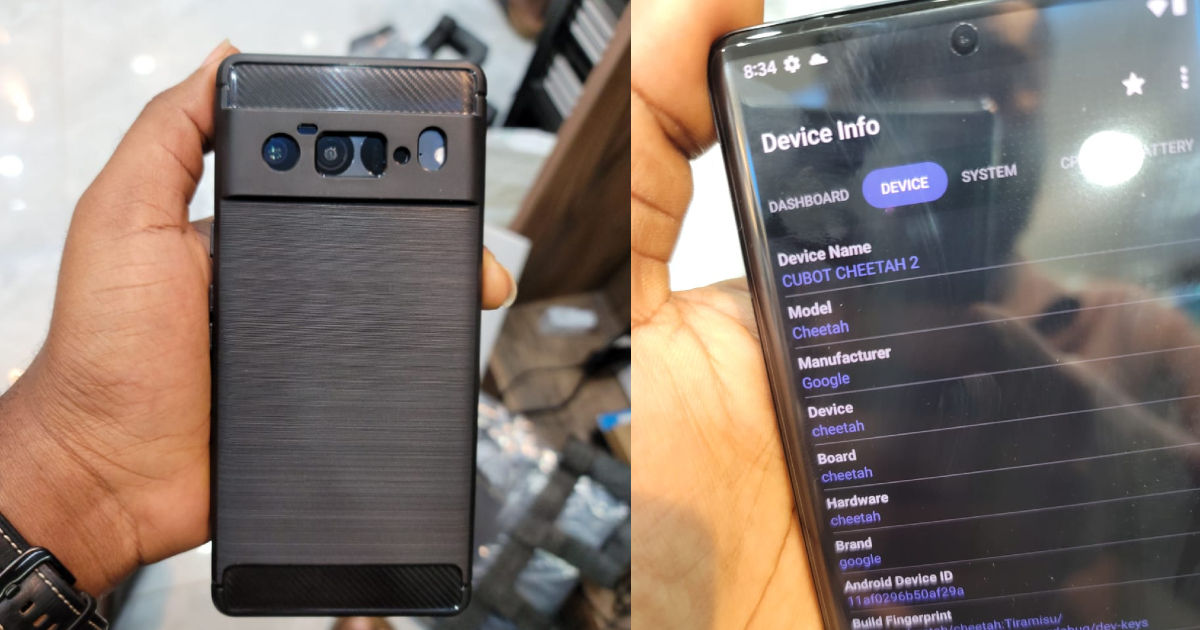 Google confirmed the existence of the Google Pixel 7 series at the I/O 2022 developer’s conference and mentioned the lineup will debut in the second half of the year, probably around fall. While the wait has been long, we’re treated with leaks and rumours at regular intervals, hinting at what to expect. Now, while we wait for the official launch, the Google Pixel 7 Pro prototype has surfaced online and the story behind it is quite interesting as well. We get to see the phone in its full form along with some hardware details as well.

Going into details, a Twitter user says that his friend has ordered the Google Pixel 6 Pro on Facebook Marketplace. After waiting for nearly two months, the user received the delivery finally but much to his surprise, it was the unreleased Google Pixel 7 Pro and not the Pixel 6 Pro.

My friend bought a slightly used pixel 6 pro on Facebook market place in the states about 2 months ago. Phone came in last month and looked weird as hell . thought this was some tiptoe lane foul move but turned out, the shipper made a mistake an shipped an unreleased pixel 7 pro pic.twitter.com/gFkhpwWBwn

The images posted by the Twitter user show the handset is wrapped in a hard case that hides most of the design elements. However, he posted another image that shows the rear design without a case.

The prototype product doesn’t have the ‘G’ logo at the back and the rear camera design is also tweaked a bit from the Google Pixel 6. It can be seen in a new Black colour option with a glass back. The image reveals the codename of the device (cheetah) and Android 13 (Tiramisu). One possible explanation for this is that the seller could be an OEM manufacturer who is supplying the Pixel 7 series.

However, the joy of receiving an unreleased product was short-lived as Google has wiped the device remotely and cleared the Android 13 update off the phone. The Google Pixel 7 Pro is now stuck in the bootloader and obviously, there won’t be any help from Google. Probably, the phone might return to a usable state after Google launches it this falls.

Google Pixel 7 Pro specifications have leaked online previously. It is rumoured to come with a 6.7-inch LTPO 2.0 QHD+ AMOLED display with a 120Hz refresh rate, slim bezels and a punch-hole cutout. It is said to come with a 50MP primary camera, a 12MP ultrawide camera and a 48MP telephoto camera. It will arrive with a new Tensor 2nd gen chipset under the hood and will be paired with at least 12GB RAM and 256GB storage. The Pixel 7 Pro is likely to boot Android 13 OS out of the box.