Based in Vietnam, Anfin wants to turn more people into stock investors with features like fractional trading and in-app communities. The Y Combinator alum announced today it has raised a $4.8 million Series A led by angel investor Clement Benoit, the founder of Stuart and Not So Dark, and Y Combinator. Participants in the round also included Rebel VC, Kharis Capital, Newman Capital, First Check Ventures, Micro Ventures, Springcamp and AngelHub.

The funding will be used on Anfin’s product development, especially its social investment features, including one that lets users host and join live audio rooms. The app’s proprietary stock trading platform includes stock profiling and risk assessment. It also plans to offer more financial asset classes, in addition to its current 300 stocks and nine ETFs.

Its fractional trading features lets users starting investing with as little as 10,000 VND (or about 40 U.S. cents), giving them access to stocks they might otherwise not be able to afford. Like other investment apps aimed at Gen Z and millennial users (90% of Anfin’s users are 18 to 35 years old), Anfin has educational content about stock market fundamentals. 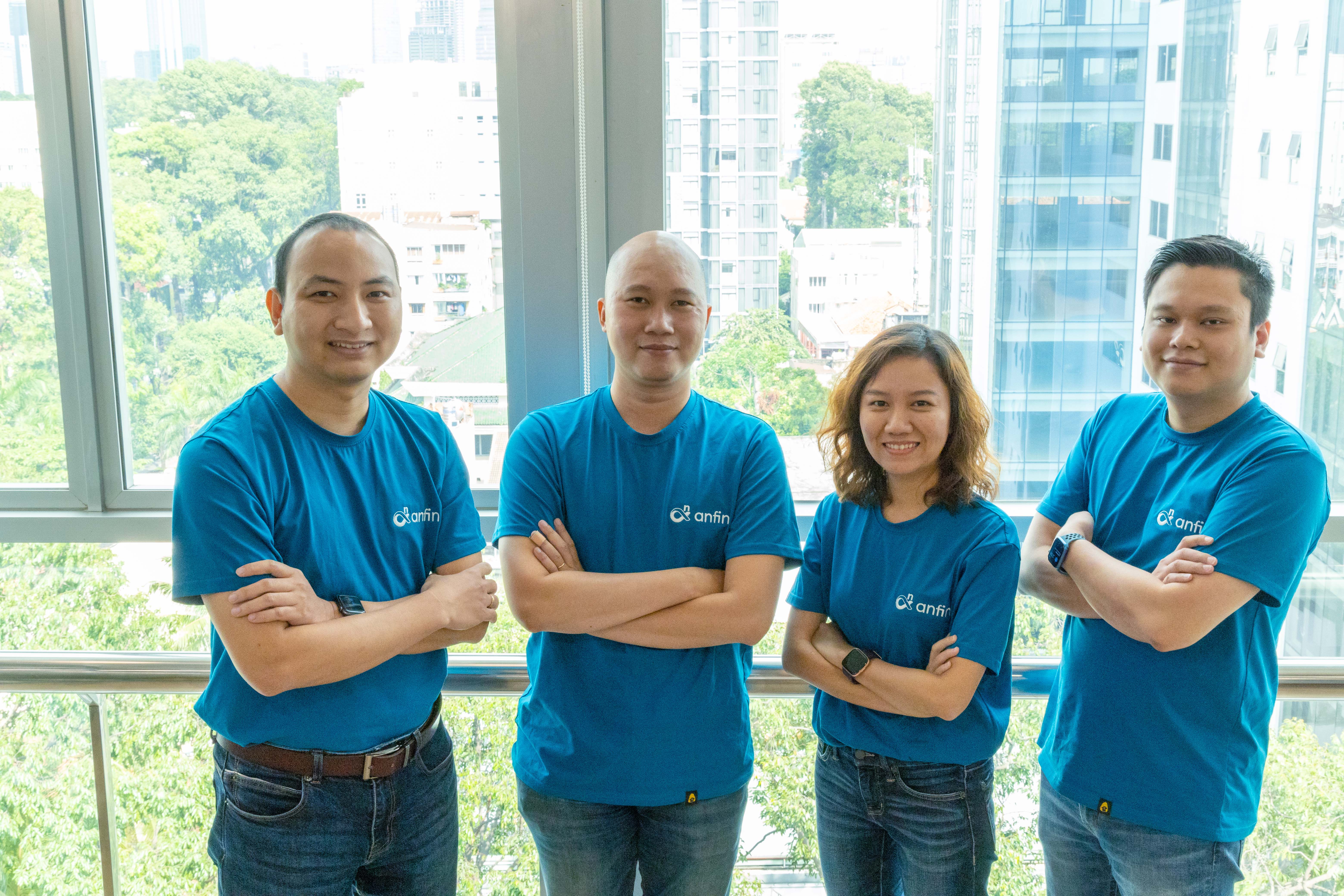 Anfin was launched in October 2021 by Hiep Nguyen, Phuoc Tran, Chi Pham and Michael Do. Its founders say it has been downloaded more than a million times since then, driven in part by increased interest in mobile banking and online investments during the COVID-19 pandemic. It now has 100,000 funded accounts and deposits have reached up to $5 million and $10 million in total transaction value.

The startup is the latest investment app in Southeast Asia to get venture capital funding. Other examples include Pintu, Pluang, Bibit, Ajaib and Syfe.

Do told TechCrunch that Anfin’s founders got interested in a stock trading app “by observing the disconnect from the increasing demand of stocks as an asset class with the increasing cost of investing in the stock market. Specifically, Vietnam changed its trading lot size from 10 shares to 100 shares, which meant blue chip stocks cost $400 to $600 for one full lot.”

As a result, Anfin’s founders saw an opportunity to lower the cost of investing by offering fractional shares and becoming a liquidity provider, or charging a spread for instant settlement. Do added that fractional trading is Anfin’s most popular features, with average transaction values of $20.

Anfin’s social investment product allows users to communicate with one another. It also includes a newsfeed ranking algorithm and the use of a “bull and bear”-like system that identifies and features top traders on the app, Do said.

“Building this feature directly in the app reinforces trust as the investment profile features metrics that highlight an investor’s track record and risk level,” Do said. Eventually, the app will also include influencer-driven incentives (Do said the team prefers the term social investing over copy trading).

Anfin monetizes through trading commissions. Do said the app does not believe in payment for order flow (PFOF) or selling its user data. Instead, it integrates directly with brokerage partners and order for its users through Vietnam’s regulated exchanges. It also has a subscription feature called Anfin VIP that gives the startup a source of recurring revenue.

In a prepared statement, Benoit said, “Democratizing access to stock trading with a social layer through a simple and friendly product is definitely the answer to a large untapped market in Asia. I have no doubt that this Series A funding will allow Anfin to scale beyond Vietnam and become a reference in social trading.”