WhatsApp introduced Disappearing messages to make conversations more private, but when users who make rely on the disappearing mode to communicate may still have some important messages that they wish to keep safe. This could be an address, a set of instructions or something similar.

Now it looks like WhatsApp might fix this issue with a new feature that will allow users to save and keep select messages for later reference even when they’re chatting in disappearing mode.

A new report by WABetaInfo reveals that the feature is currently in testing and will come to WhatsApp Beta users on Android, iOS and Desktop sometime later, before it lands on the app’s stable version for all WhatsApp users.

A screenshot in the report also reveals that WhatsApp will add a dedicated section in the profile page of a chat where all the ‘Kept Messages’ will be found. This option is just below the Starred messages option and above the Mute notifications option. The screenshot is taken on WhatsApp Desktop. Check it out below. 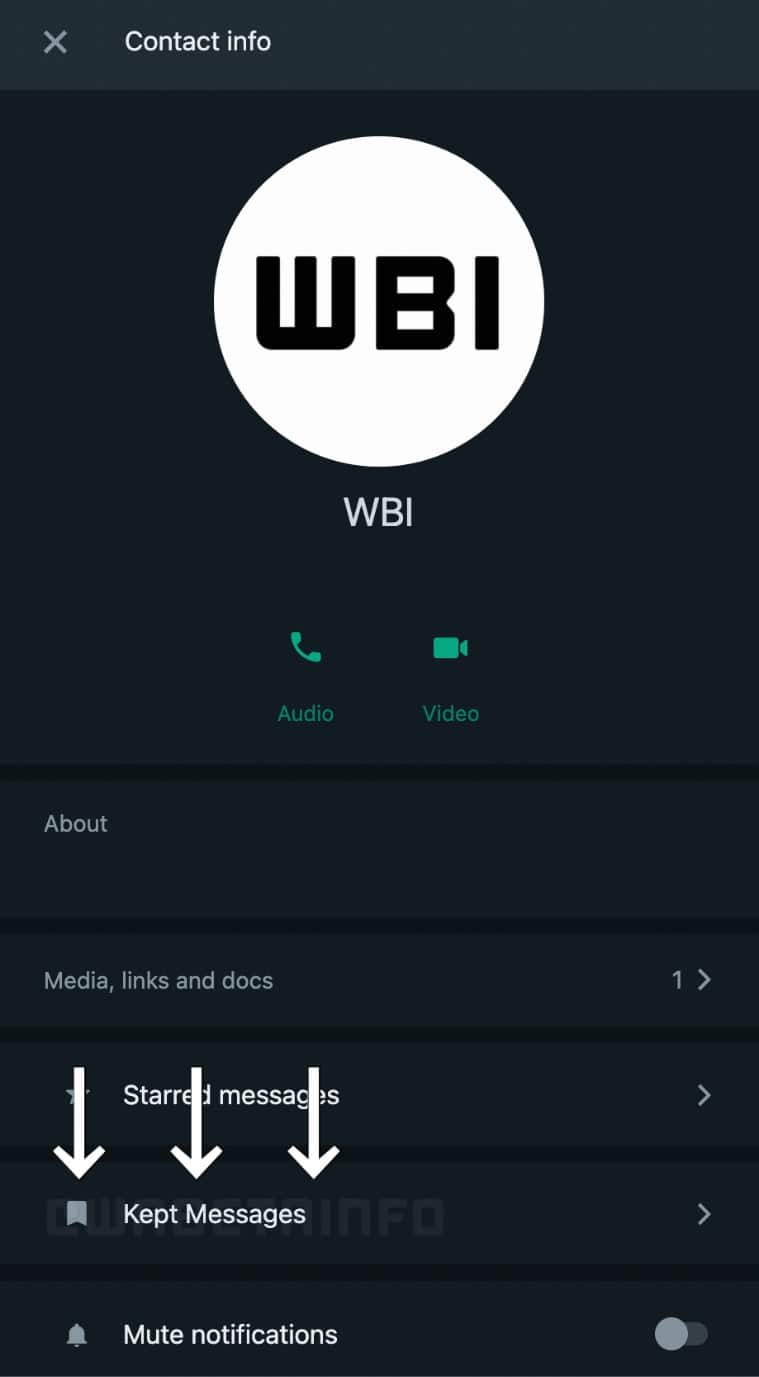 Here’s where you will find the saved messages once the feature is implemented. (Image Source: WABetaInfo)

The Keep Messages feature will not only come to one-on-one chats but also group chats, where they will most likely be much more useful.

While the feature is still in testing, there is no telling how long it will take to make it to beta version of the platform. However, given the app’s previous track record of bringing new features to the beta builds, we could perhaps see the feature hit beta versions in a few weeks.