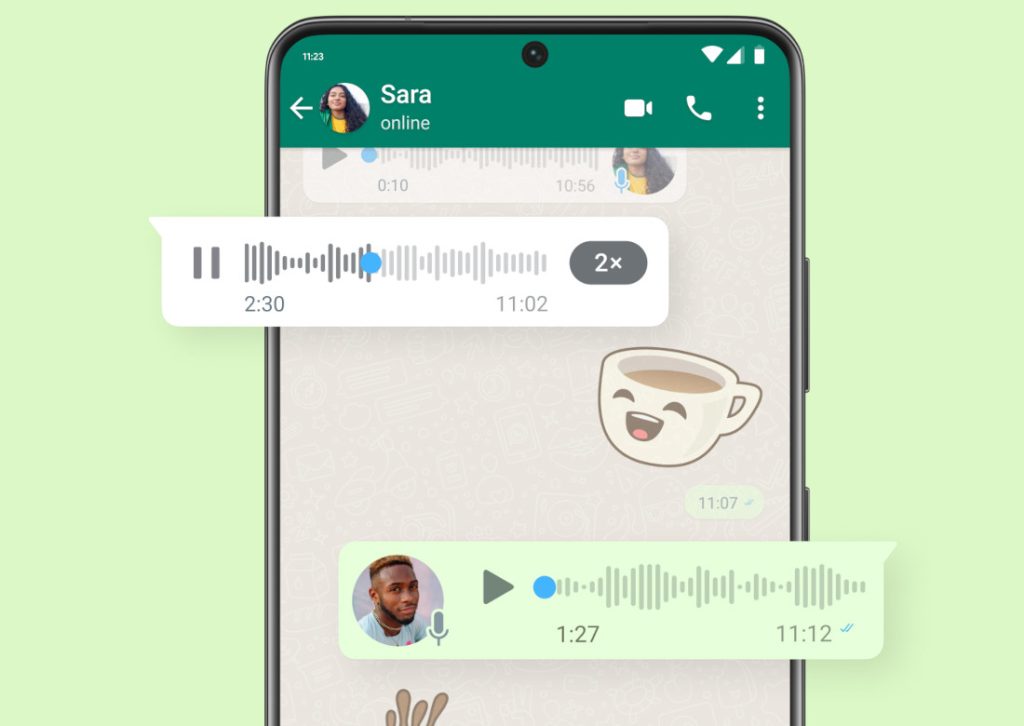 WhatsApp has announced a series of updates for voice messages to make it easier for people to communicate with their contacts on the platform using voice notes, including the ability to listen to a message while reading other chats and play messages at 1.5 or 2 times the normal speed.

Your favorite way to chat just got better. With voice messages, you can now:

💬 Listen while responding to other chats because when Mom needs an answer, you answer!

The six new features introduced to WhatsApp voice notes are: draft preview, the ability to pause/resume the message, out of chat playback, and the global voice note player. WhatsApp is also allowing users to pause playback of voice notes, as well as show waveforms of voice notes on the screen. 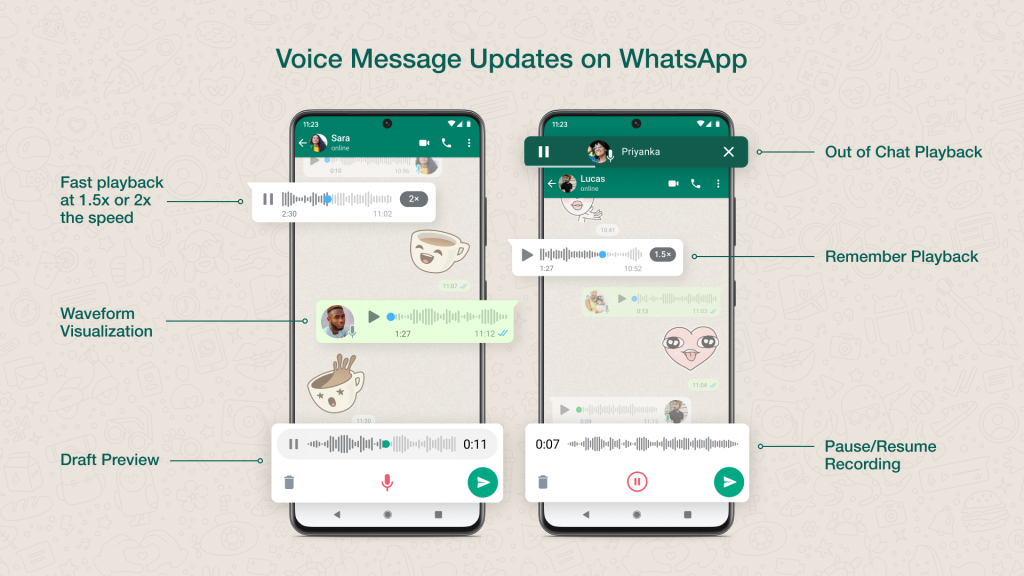 These new features will roll out in the coming weeks.

When we first launched voice messaging in 2013, we knew that it could change the way people communicate. By keeping the design simple, we’ve made recording and sending a voice message as quick and easy as writing a text. Every day on WhatsApp, our users send 7 billion voice messages on average, all of which are protected by end-to-end encryption to keep them private and secure at all times. Today, we’re excited to announce new features that make the voice message experience on WhatsApp even better.