Mitchell, 33, got the idea last year from videos that promoted courses on how to build so-called cash cow channels, which are often created through a process called YouTube automation.

So he bought one course, then another and another. He also paid for mentorship services. Mitchell spent around $15,000 on his YouTube venture, encountering stumbling blocks at every stage — courses that taught him little, freelancers who stole content and audience-growth tactics that got him into trouble with YouTube.

View All
ExplainSpeaking: What RBI’s surveys tell about India’s economy
What Opposition states want: More IAS officers, MSP guarantee, GST exempt…
Jal Jeevan mission: A Maharashtra village holds a lesson for the rest of …
From Nalanda ruins, ‘university of future’ is ready with new campus, courses
Subscribe Now to get 66% OFF

“I’ve tried three courses and one expert on the side, and the only thing I got out of it was an empty wallet,” Mitchell said.

YouTube automation has led to a cottage industry with online influencers offering tutorials and opportunities for fast money. But, as is often the case with promises of quickly made fortunes in online businesses, the YouTube automation process can be a money pit for aspiring internet entrepreneurs and a magnet for poseurs selling unhelpful services. 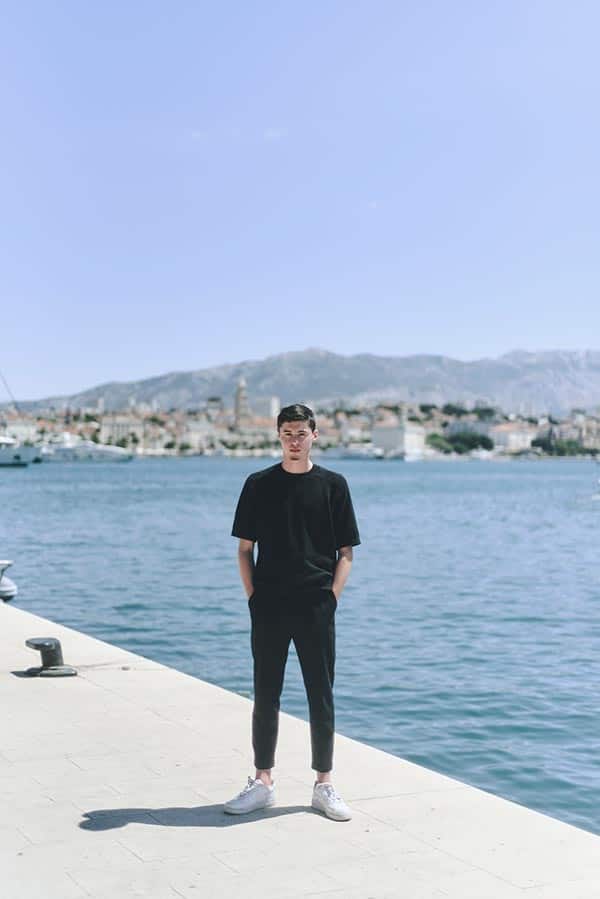 It is not difficult to find a video that fits the YouTube automation model, though it is hard to say for certain how many of them have been made. They usually have an unseen narrator and a catchy headline. They share news, explain a topic or offer a Top 10 list about celebrities or athletes. They often aggregate material like video clips and photos from other sources. Sometimes, they run into trouble with copyright rules.

The term “YouTube automation” is a bit of a misnomer. It usually means farming out work to freelancers rather than relying on an automated process. It is hardly a new idea and yet one that has recently become more popular. Farming out work allows people to run multiple channels, without the time-consuming tasks of writing scripts, recording voice-overs or editing video. And the process is often pitched as a foolproof way to make cash. To get started, you just need money — for how-to courses and video producers.

The courses instruct people to find video topics that viewers crave. They are told to hire freelancers from online marketplaces such as Fiverr and Upwork where independent contractors offer to manage their channels and to produce videos that cost from under $30 to more than $100, depending on freelancers’ rates. And that’s where many people run into trouble. 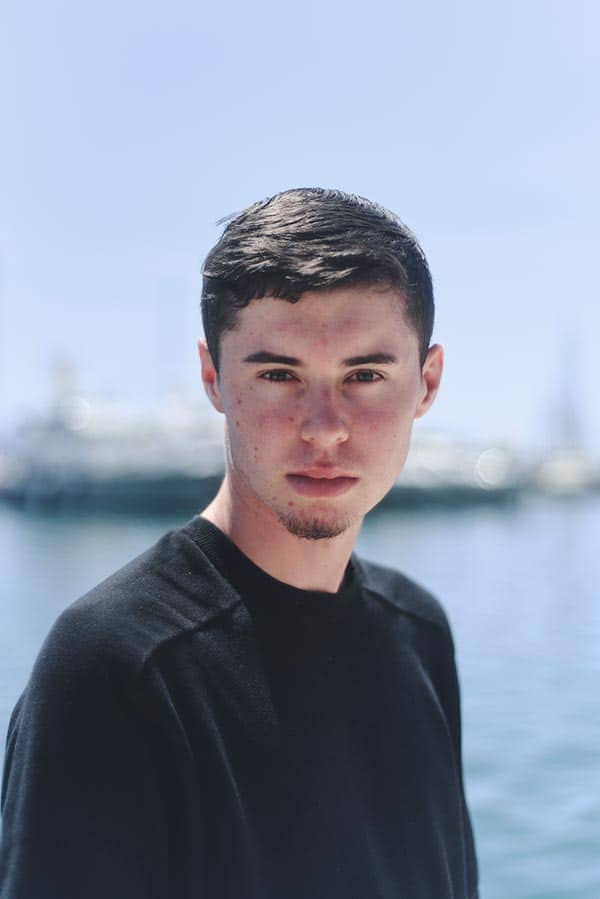 Youri van Hofwegen, a YouTube entrepreneur, in Split, Croatia, on July 11, 2022. YouTube automation has led to a cottage industry with online influencers offering tutorials and opportunities for fast money, but the process can be a money pit for aspiring internet entrepreneurs and a magnet for poseurs selling unhelpful services. (Marko Dukic/The New York Times)

Cash cow channels with big audiences can rake in tens of thousands of dollars in monthly ad revenue, while unpopular ones can make nothing. YouTube shares ad revenue with a channel’s owner after a channel gets 1,000 subscribers and 4,000 hours of viewership. Monetized channels get 55% of the money their videos generate — that is, if they manage to scratch out that much interest. YouTube declined to comment on the automation process.

Last summer, Mitchell paid $500 for a course titled “Tube Mastery and Monetization” taught by Matt Par, who said he made $30,000 a month on YouTube. He said successful students had earned $20,000 a month.

The course featured videos on different aspects of YouTube automation, including choosing the most lucrative subject matter, outsourcing the work and using keywords to make videos easier to find on YouTube. Par also explained how YouTube’s algorithms worked.

But Mitchell said the course had gaps — it lacked information on making high-quality videos with good scripts. He and other students also complained in a private Facebook group that the contents of Par’s course were available for free on his YouTube page.

“It is basically selling dreams,” Mitchell said. Par did not respond to a request for comment. 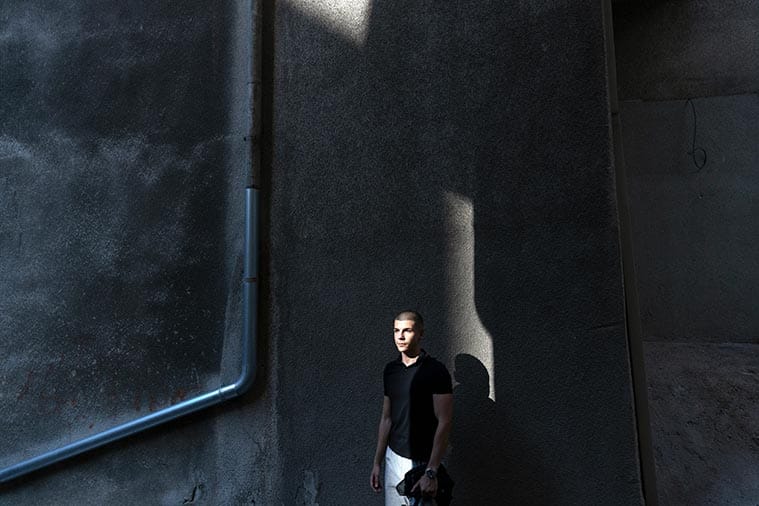 Dave Nick, a Serbian creator whose real name is Dejan Nikolic, in Belgrade, Serbia, on July 4, 2022. Nikolic has promoted YouTube automation since 2019 and offers a course in YouTube automation for $995. (Marko Risovic/The New York Times)

Mitchell, who asked The New York Times to not disclose where he lived, started his first channel, Bounty Lux, about wealth and celebrities, last fall. He paid a freelancer he had found on Fiverr $2,000 for 20 videos. YouTube took down one of those videos, about Dwayne Johnson, that featured content stolen from another channel, prompting a dispute with the freelancer. Bounty Lux did not make money and struggled for viewers, so Mitchell abandoned it.

He later bought a $1,500 course and spent more than $3,000 to learn from an influencer at Pivotal Media, Victor Catrina. He paid another $3,000 for Catrina’s team to make videos, but, he said, the ideas and scripts were taken from other channels.

After his freelancer went missing for five days, Mitchell decided to stop investing in the profitless channel. Catrina said that if he ever discovered any of his teams paraphrasing other people’s scripts, he would replace them.

“I’m nowhere near perfect, and neither is the program,” Catrina said. “And I have openly and happily sent refunds to those who either had financial struggles or considered that the program was not up to their standards.”

Alexandra Fasulo of Fort Myers, Florida, and her cousin spent $20,000 on a YouTube automation program from Caleb Boxx in March 2021. In exchange, Boxx’s team managed a celebrity channel for Fasulo, 29, and produced videos for more than six months. But there were quality issues, she said, and the videos failed to capture many viewers. Boxx did not respond to a request for comment. The channel made less than $10 a day, so when it was time to pay for a new batch of videos, she dropped it.

“That’s what makes automation not worth it — you put a lot of money in upfront,” Fasulo said.

Dave Nick, a Serbian creator whose real name is Dejan Nikolic, has promoted YouTube automation since 2019. Nikolic, 20, appears on camera on three channels, and he said he had four channels with unseen narrators and 12 on YouTube Shorts, a quick-clip competitor to TikTok.

Nikolic said that he made $1.4 million in 2021, including for his own how-to courses and services, and that he had already racked up $1 million this year. The key was his $995 course, responsible for 70% of his income. 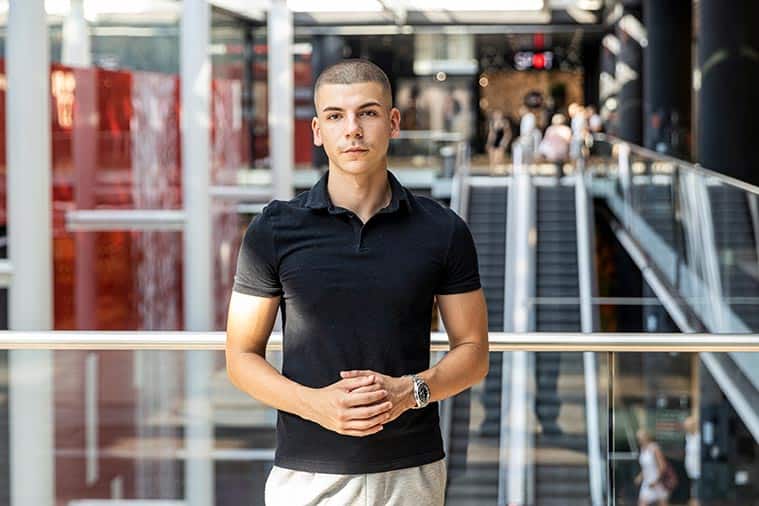 Dave Nick, a Serbian creator whose real name is Dejan Nikolic, in Belgrade, Serbia, on July 4, 2022. YouTube automation has led to a cottage industry with online influencers offering tutorials and opportunities for fast money, but the process can be a money pit for aspiring internet entrepreneurs and a magnet for poseurs selling unhelpful services. (Marko Risovic/The New York Times)

“Not a lot of people have done more than a couple million a year with YouTube automation,” he said. Online business services is “how you get to eight figures.”

He said that a number of his students had made five figures a month on YouTube but that he did not have an exact count of how many.

Nikolic’s YouTube videos highlight the money he has made and how much viewers could expect to make themselves. His Instagram account features travel destinations, a Rolex and Porsches as well as passages about building a YouTube business. But Nikolic said his life was “not just all glamorous.”

One key to making money from automated YouTube videos is feeding the internet’s obsession with Elon Musk, the tech billionaire.

Jelline Brands of Urk, the Netherlands, started the channel Elon Musk Rewind last fall. Some of its content is incorrect, such as a recent video proclaiming the introduction of a Tesla smartphone. Still, Brands said it had made $250,000 since it had begun. (The Times was unable to verify the figure.) Her channel included, alongside news, rumors and speculation about upcoming Tesla products.

She also offers a how-to course, and many students of her course have started Musk channels as well, even though she asked them not to. She even competes with her sister, who has a channel devoted to the billionaire.

The business model “is going downhill because the competition is so fierce,” said Noah Morris, a coach for Brands’ course, Cash Cow Academy Netherlands.

Brands began offering courses in December 2020, months after paying $1,000 for a YouTube tutorial she later learned was just a four-page document. She has had 1,700 students, most of whom paid 1,000 euros for her course, she said. Between 100 and 200 of them have told her they are making money on YouTube.

Still, she is not immune to the vagaries of YouTube’s algorithms. She said her Musk channel yielded 7,500 euros a month, down from 50,000 euros, or about $50,000, in November. Her former students have also seen a drop in income, she said. Recently, she created 16 channels in a single week to stabilize her business.

The challenging landscape has even prompted some of Brands’ students to offer their own courses.

Courses created problems for Mitchell. A freelancer in a guru’s Facebook group told him to buy moneymaking channels from a company that accrued fake viewers from bots. Mitchell gave the freelancer $5,000 to produce around 60 videos, about crypto and making money online.

YouTube quickly stripped one of the channels of its ability to make money. The other struggled for months to find an audience before someone uploaded three pirated videos. YouTube deleted the channel for copyright violations. The freelancer claimed someone else had posted the videos in an act of sabotage.

Mitchell has still been considering a loan to buy a $30,000 YouTube channel.

“It’s my last-ditch strategy,” he said. “I just need a little more time.” And Mitchell may offer a course or a manual of his own, when he figures out what to teach.

Asteroid Dimorphos has 10,000 kilometre-long tail of debris after DART crash

Asteroid Dimorphos has 10,000 kilometre-long tail of debris after DART crash